There are two Philips in the book of Acts. The first is the apostle Philip (Acts 1:13). The second is a different individual and he is an interesting character. He appears three times in Acts in three different locations. He is first mentioned in Acts 6. At that time he was in the church in Jerusalem. He was one of the men who was chosen to help with the distribution to the widows (Acts 6:5). The apostles told the church what kind of people should be appointed to this ministry. The individuals chosen were to be “known to be full of the Spirit and wisdom” (Acts 6:3 NIV). Because Philip was chosen we can safely assume that he possessed these traits. We cannot say with certainty when he was filled with the Spirit because we are not given that information.

In time he left that ministry in the Jerusalem church. We know this because Scripture tells us he left the city of Jerusalem. He was one of those who fled from the city when persecution plagued the church around the time Stephen was stoned (Acts 7:54-8:1-5). Philip next appears in Samaria, Acts tells us that he went “to a city in Samaria” (Acts 8:5 NIV). While he was there he carried on quite a productive ministry. People were saved, delivered, and healed (Acts 8:6-7). All of these things seem to indicate that he was filled with the Holy Spirit. Being a bold witness for Jesus is one evidence that a person has the power of the Spirit operating in his or her life (Acts 1:8). The other supernatural signs that attended his ministry also demonstrate that he operated in the power of the Spirit.

His last appearance is in Acts 21. In this chapter he is in Caesarea. At this time he is referred to as an evangelist (Acts 21:8), a ministry he clearly demonstrated in Acts 8. In Acts 21 we learn that he had a family, he had four daughters. We are not told their names or their ages. What we are told is that none of them were married and that all of them functioned in the gift of prophecy (Acts 21:9). I find this last detail interesting. Philip was a Spirit-filled man (Acts 6:3, 5) and his daughters were apparently also Spirit-filled people. I say this because they prophesied; prophecy is one of the gifts of the Holy Spirit (1 Cor. 12:10). Being Spirit-filled was a normal part of the Christian life in the first-century church (Acts 2:4, 4:8, 31; 9:17; 10:44-47; 13:9; 19:6; Eph. 5:18) and it was apparently a regular experience in Philip’s family.

In the Old Testament Joel wrote about the outpouring of the Holy Spirit and prophecy. On the day of Pentecost in Acts 2, Peter quoted his words (Acts 2:16-21). Part of the text that Peter cited said “Your sons and daughters will prophesy” (Acts 2:17b NIV). This was literally true for Philip! He had four daughters who did prophesy. I wonder if Philip was present when Peter preached on the Day of Pentecost. Did he hear Peter cite the prophecy of Joel? The account in Acts 6 indicates that Philip spent some time in Jerusalem. However, we do not know how long he had been in the city. We do not know if he was one of the 3,000 who became a follower of Jesus on the day of Pentecost as recorded in Acts 2:41, or if he was among those who came to the Lord in Act 4:4. In any event, he may have heard about the text in Joel even if he was not present at Pentecost. He may have heard the Scripture passage read at some time. Or, if people recounted the history-making events that took place in Jerusalem in Acts 2 they may have recited the Scripture passage that Peter cited. Regardless of the circumstances, Joel’s prophecy became a reality in Philip’s family. His daughters did prophesy!

If you or I had been in Jerusalem when Peter preached in Acts 2 would we believe what he said about the outpouring of the Spirit? Would we believe that our own family members could be recipients of God’s power and prophesy? Would we look with expectation for it to happen? Those questions, as probing as they are, are not especially helpful because we were not there. But do we believe Joel’s prophecy today? Do we believe that the outpouring of the Holy Spirit is still for us today? Do we believe that modern-day followers of Christ can prophesy? What if we actually believed? What if we looked with expectation for it to happen? What if we prayed that it would happen? Do we believe that God would honor that? I think He would. The promise of the Spirit is for all who come to the Lord (Acts 2:39). In fact, Acts 2:39 specifically mentions children. May God grant us grace to believe that He can work in our time and in our families (as He did in Philip’s family). May we believe Him for another outpouring of the Holy Spirit, so that the words of Joel’s prophecy and Peter’s sermon will become literally true for us as well.

The “NIV”, “New International Version”, “Biblica”, “International Bible
Society” and the Biblica Logo are trademarks registered in the United States
Patent and Trademark Office by Biblica, Inc. Used with permission

A Month Of Kislev

The Beauty of God 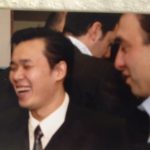 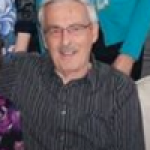